Faro bus station, train station, ferries pier, and how to get to and around the city 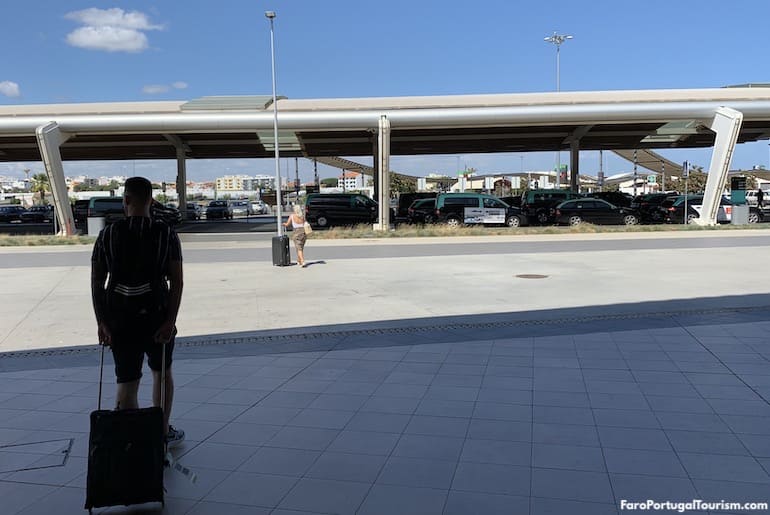 Faro is the hub of southern Portugal. It has an international airport and its location roughly in the center of the region means that any major town is within easy reach. There are bus and train stations in the center, as well as a marina and a pier for boats to the beaches on the barrier islands that are part of the Ria Formosa Natural Park.

If you’re heading to other destinations in Algarve from Faro, it’s recommended that you take the train to the towns in the east (Tavira, Monte Gordo, Vila Real de Santo António) and the bus to those in the west (Albufeira, Armação de Pêra, Lagoa, Portimão). This is because the train stations to the west aren’t within a comfortable walking distance of the tourist centers (with the exception of Lagos, for which we do recommend the train instead of the bus).

It should be noted that there is no late-night public transportation from Faro to other towns, with the last departures for the buses and trains at around 8pm. If you’re arriving in the city in the evening, you need to use a private transfer, a taxi or Uber, or you might want to stay overnight and even enjoy a day in Faro before departing to your final destination.

Faro’s bus station is located in the center, in one of the city’s main avenues (Avenida da República). It has a covered and an open-air terminal. Inside are the long-distance buses (of the Vamus, Rede Expressos and other express bus companies), and outside are the buses of the local Próximo network, which take you around the city, including the airport and the beach of Ilha de Faro. Tickets for the long-distance buses are bought at the ticket office inside, while those for the local buses are bought from the driver. In the summer, there can be long lines at the ticket office, so arrive some time in advance. After purchasing your ticket, confirm the bus bay, because while most buses depart from inside the station, some do so from the street. Also note that you’ll see the final destination displayed on the bus, not the towns where it stops in between, which may be where you’re heading (for example, the bus to Albufeira is the one that terminates in Lagos, so you’ll see “Lagos” displayed). 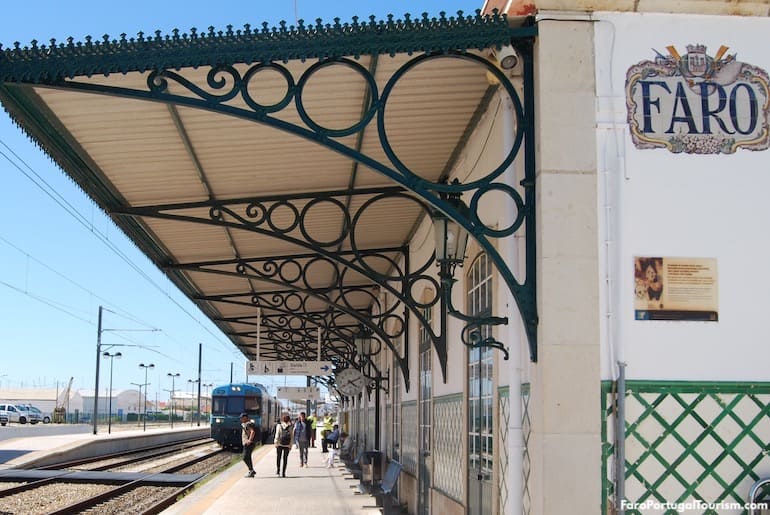 Faro’s train station is down the road (Avenida da República) from the bus terminal (less than a 5-minute walk away). Five trains per day connect the city to Lisbon, and about 10 take you to other towns in Algarve. To check the times, see the cp.pt website. Tickets must be bought before boarding, at the ticket office. For the long-distance trains to Lisbon and Porto, you’re assigned a seat, while for the regional train to other towns in Algarve you’re free to sit anywhere. 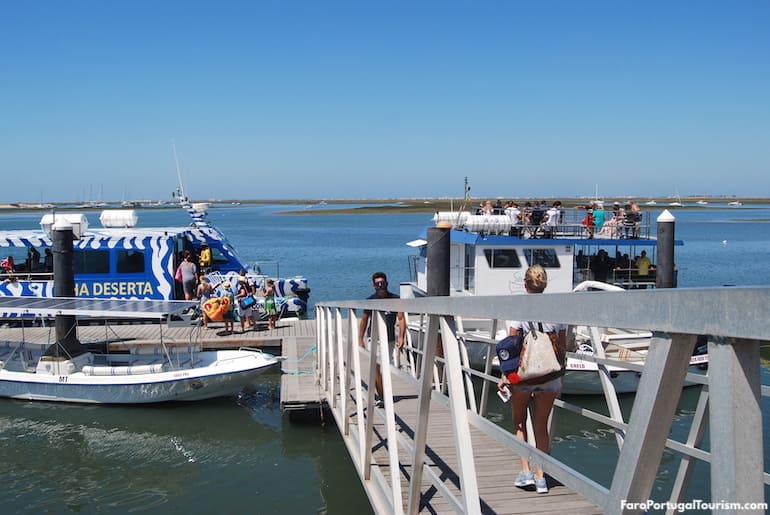 To reach most of the beaches in Faro, which are on barrier islands, you need to take a ferry or a speedboat. They depart from a pier on Rua da Porta Nova, by a gateway of the Old Town walls, close to the marina. There are stands where you can buy tickets and check the departure times. 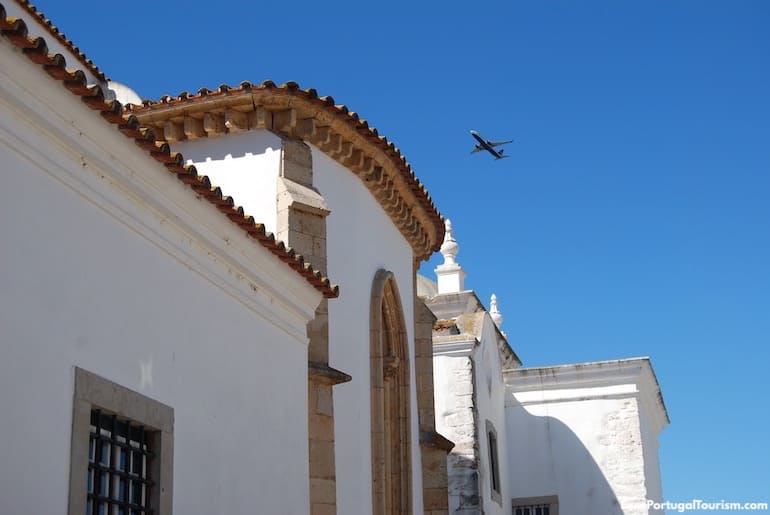 Faro’s international airport is just 4 kilometers (2.5 miles) from the city center. It has regular flights from Lisbon and other major European cities like London, Paris, Berlin, Frankfurt, and Dublin. Bus 56, called Aerobus, stops four or five times a day at the airport (depending on the season) and goes to Albufeira, Lagoa and Portimão, ending in Lagos. For other destinations, take a bus or taxi to the center of Faro and connect to a train or bus. A popular alternative is a pre-booked transfer service. For complete details, see the guide to Faro Airport transportation. 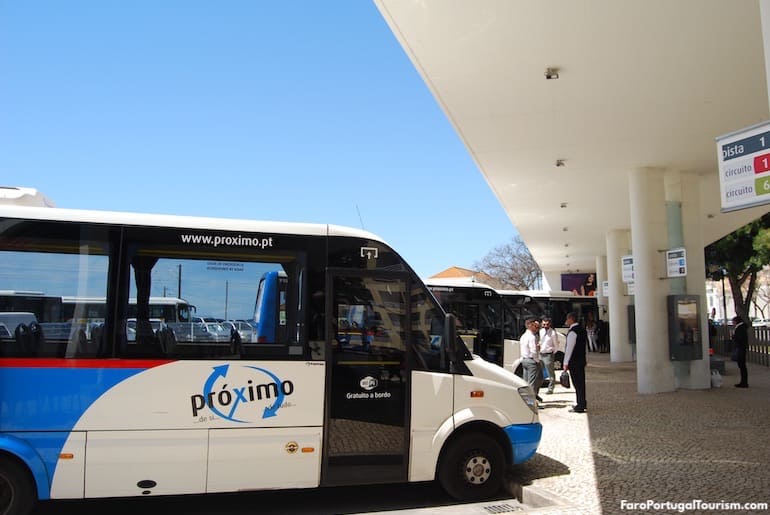 If you want to explore Faro, you can easily walk to all of the tourist attractions within the city. For the Roman ruins and palace of Estoi, you can take a bus, and for the beaches on the islands you take a ferry or speedboat from the aforementioned pier. The Old Town is quite a pleasant place to walk around, and there are pedestrian shopping streets in the modern city.

How to Get to Faro