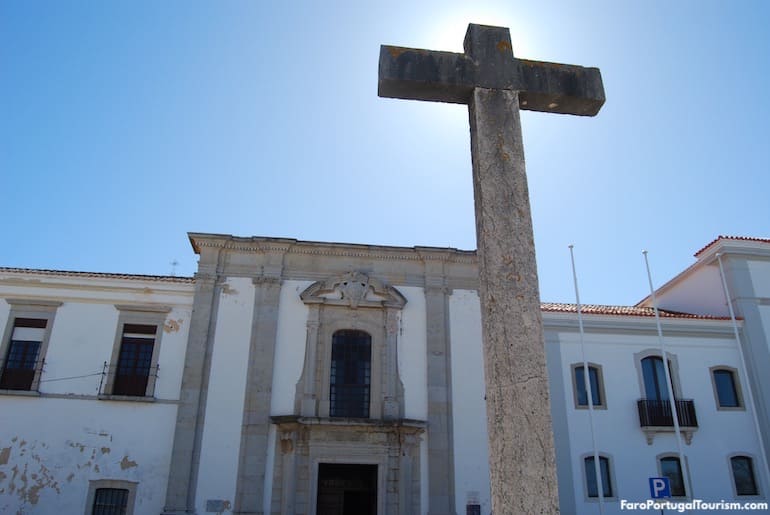 This church from 1679 presents a beautiful interior from nearly a century later, when it was remodeled. It’s considered a fine example of Portuguese baroque architecture, mixing gilded ornamentation and tile panels.

It suffered some damage in the earthquake of 1755 that devastated Faro, but much of it survived. Work on the interior continued until the late 1700s, with the addition of rococo and neoclassical details. 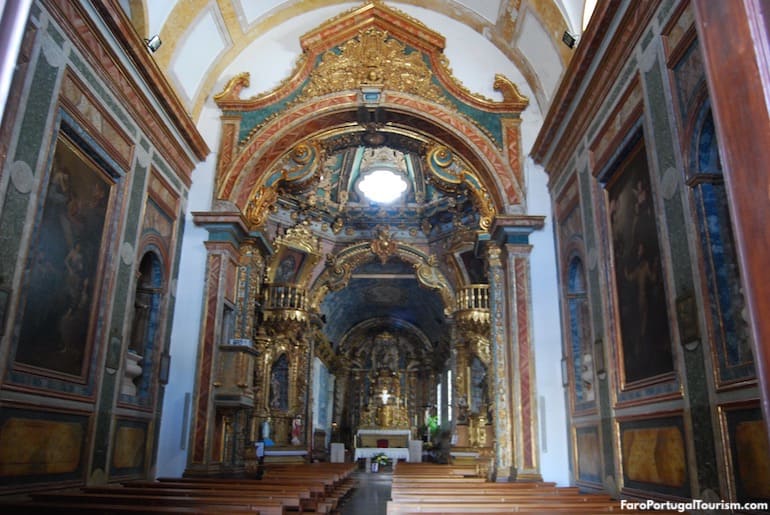 The main reason for a visit is the extraordinary tilework covering the walls and the vaulted ceiling of the chancel. The blue-and-white panels illustrate the life of St. Francis and the coronation of the Virgin.

There are also four paintings with more scenes of the life of St. Francis, brought from Rome by the Bishop of Algarve in 1792 and painted by Marcello Leopardi, who worked on Roman and other Italian churches.

The church is part of a convent that is now a tourism school. Once only open for religious services, it now welcomes visitors, but no photos are allowed inside.

How to Get to Igreja de São Francisco