Guide to visiting Faro’s walled Old Town, including the monuments and museums 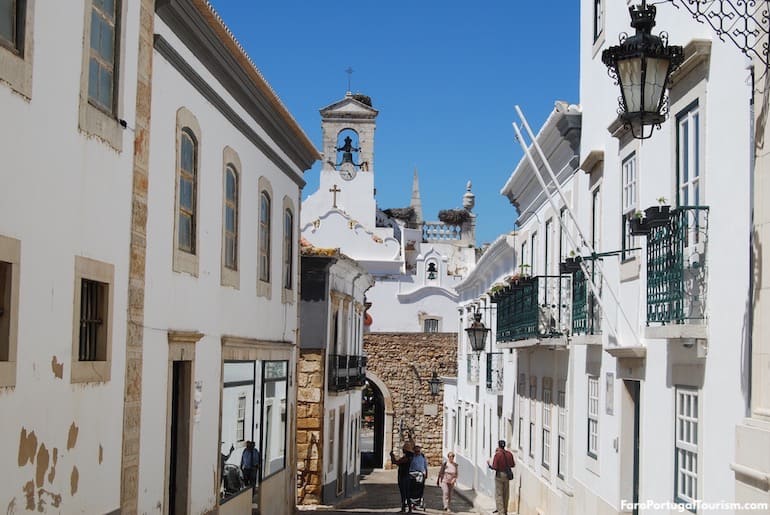 Faro’s picturesque Old Town is made up of cobbled streets and squares within a medieval wall. It’s a peaceful place, largely pedestrianized, and preserving 18th-century architecture. There are three gateways, with the main one being the iconic Arco da Vila, a neoclassical arch built after the 1755 earthquake. Although the disaster destroyed most of the city, much of the Old Town survived. Its main square is Largo da Sé, lined with orange trees and home to the cathedral, the Town Hall, and the Bishop’s Palace.

The Bishop’s Palace is originally from the 16th century, but the current building dates from the 1700s and wasn’t open to visitors until 2019. The highlight is a set of 18th-century tile panels that decorate the walls of the atrium and the different halls, including the Bishops’ Gallery and the old Throne Room, and there’s also a collection of sacred art. 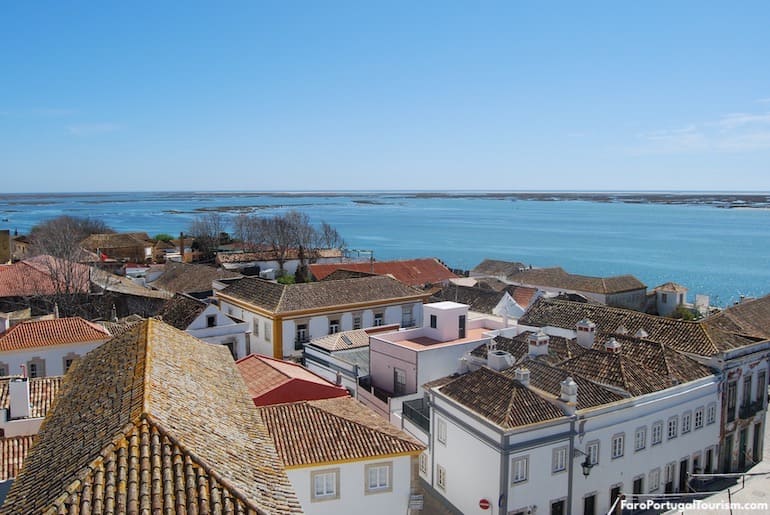 From the top of the cathedral you can see most of Faro, from the modern districts to the islands of the Ria Formosa Natural Park, and over the pretty Old Town. 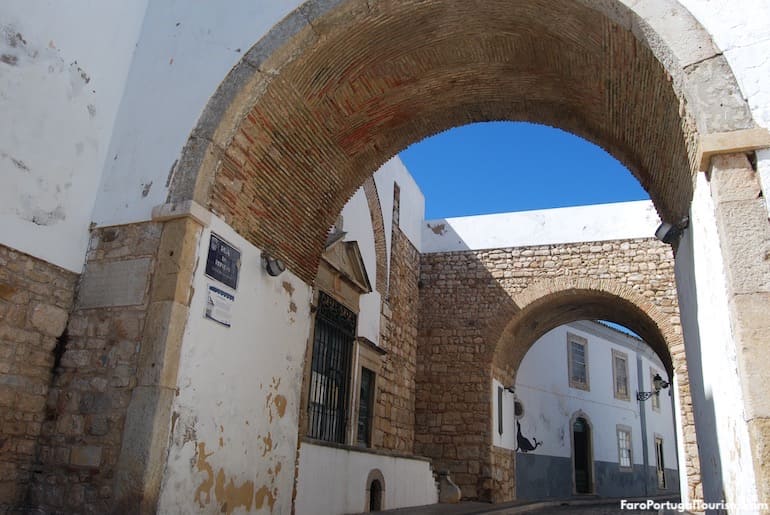 A second entrance to the walled town is a small 15th-century gateway at the southern end, known as Porta Nova (“New Gate”). It leads to the pier with the ferries and speedboats to the beaches on the barrier islands nearby. 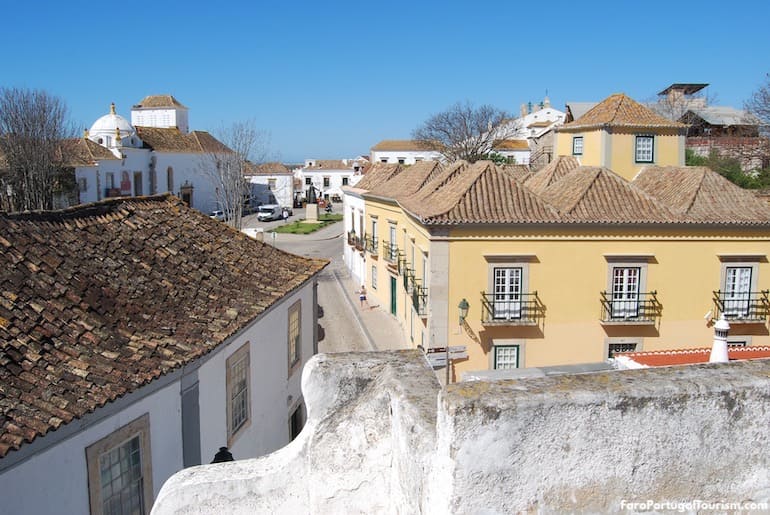 The third gateway is the medieval Arco do Repouso (“Gate of Rest”) to the north, where King Afonso III is said to have rested after conquering Faro in 1249. This is the town wall’s oldest section, with pentagonal-shaped Byzantine towers added soon after the collapse of the Roman Empire (6th century AD). A modern tile panel can be seen by these towers, imitating the baroque blue-and-white style and illustrating Afonso III officially declaring Faro a town of the Portuguese Kingdom in 1266. It’s possible to walk over the walls and admire a view over the rooftops (the access is through a building known as Casa do Repouso). 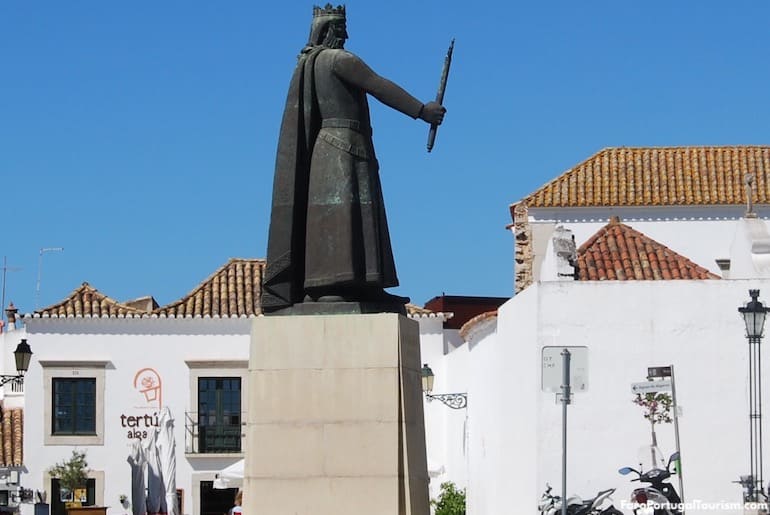 On a stroll around the ancient quarter you also see stork nests, a statue of King Afonso III, and galleries of contemporary art, like Arco (Rua António Maria Laboia, 1) and Trem (Rua do Trem, 5). Arco is right on the town walls and offers a view of the Ria Formosa Natural Park, while Trem occupies a former military barracks. There’s also a tiny museum dedicated to Gutenberg’s press and the Pentateuch (the “Núcleo Histórico da Imprensa de Gutenberg e Pentateuco de Faro”), located on Rua do Município, in the former chapel of the Bishop’s Palace. It recalls how Faro printed the first book printed in Portugal, in 1487 (the Pentateuch, or the Torah, in Hebrew), which is now in the British Library in London. 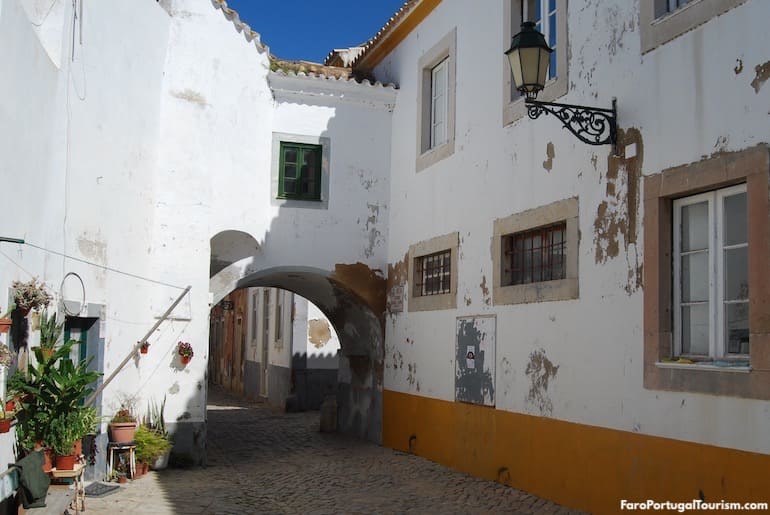 The main museum, however, is the Museu Municipal de Faro, housed in a Renaissance convent behind the cathedral. It has an interesting collection of artifacts from prehistoric to modern times, but the showpieces are a huge Roman mosaic and the busts of Roman emperors found in the ruins of Milreu outside Faro. 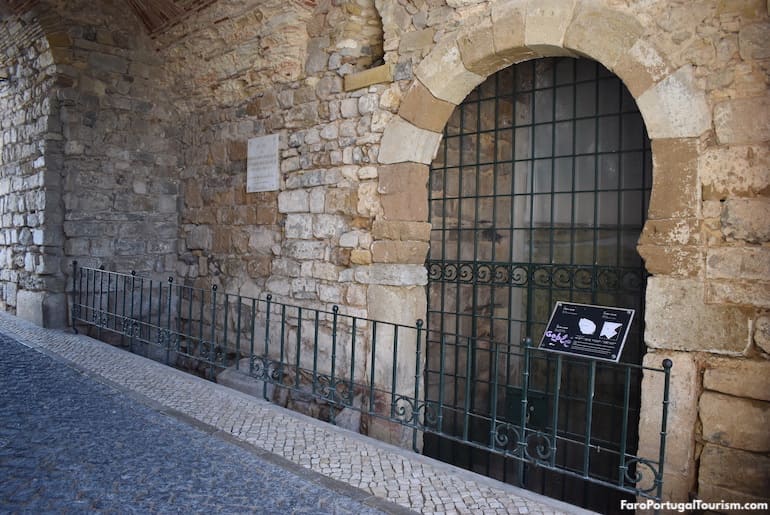 If you have time for just a couple of attractions in the Old Town, make it the cathedral and the Municipal Museum. Add a break for a drink or meal at one of the outdoor cafés or restaurants, and you can spend over half a day here. 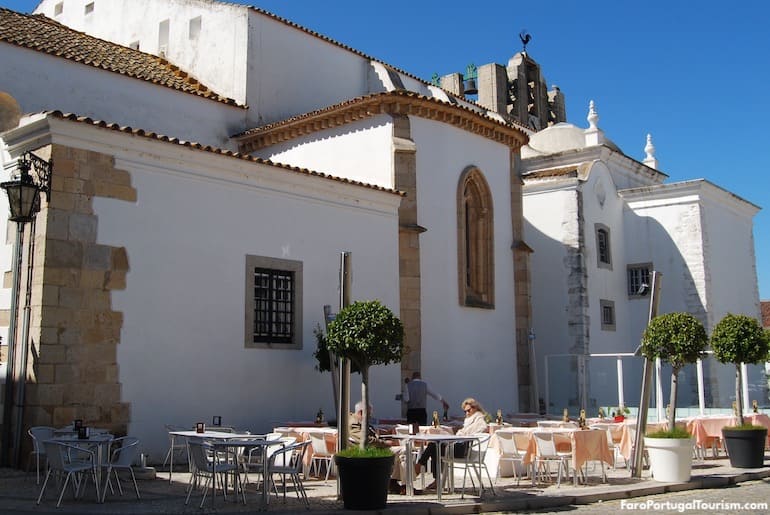