Visitor's guide to the church and museum of Misericórdia in Faro

Found opposite the arch that opens to the Old Town, this 16th-century church partially survived the 1755 earthquake that destroyed much of Faro. The interior decoration is from the late 1700s, but the Manueline (Portuguese Gothic) portico predates the disaster.

It’s one of the buildings in Faro where storks like to build their nests, and the interior houses a small museum of sacred art. It includes furniture, vestments, sculptures, and altarpieces from the 17th to the 20th centuries. It only opens on weekdays, in the morning (from 9am to 1pm).

The rest of the building, which included a hospital, is closed to the public. 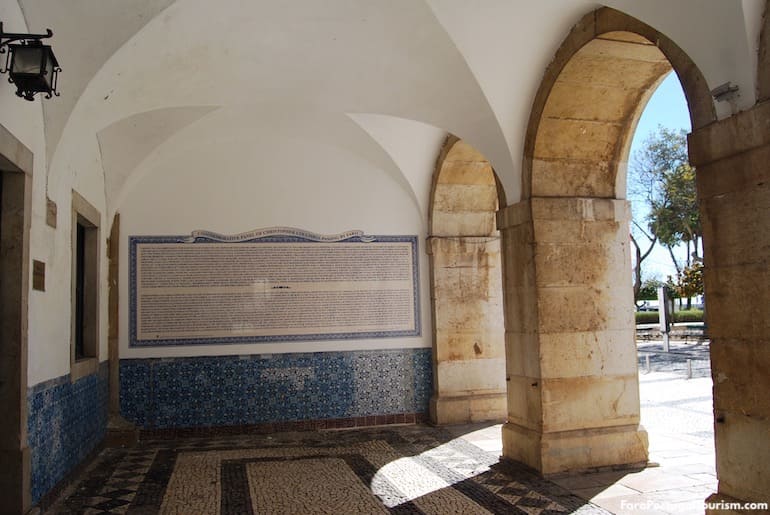 An arcade to the left of the church’s façade features a large tile panel commemorating Christopher Columbus’ stop in Faro in 1493, after first stopping in Lisbon on his return from the “New World.” Text in Portuguese and English recalls the explorer’s different voyages until his death in 1506.