Ilha Deserta beach and island guide, how to get there and where to stay 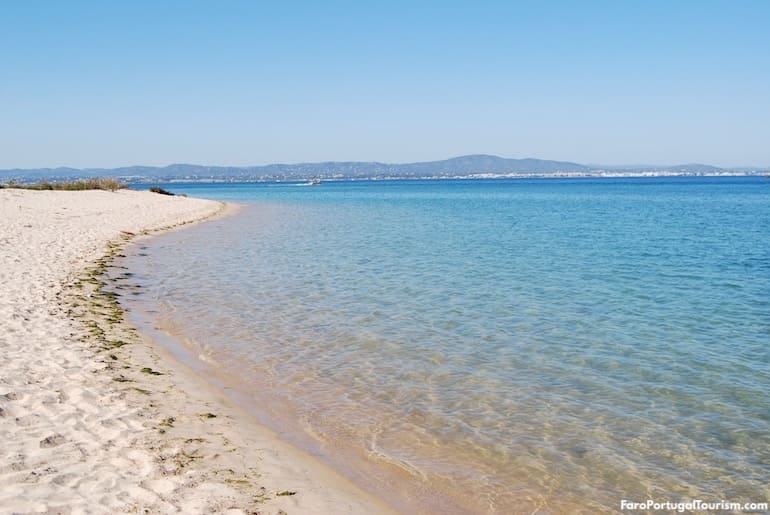 Ever dreamed of going to a deserted island? You can do so in Faro. It’s literally called Ilha Deserta (“Desert Island”), but is also known as Ilha da Barreta. It’s an uninhabited island, with a 7km-long (4 miles) stretch of sand that’s been made an official nude beach. You don’t have to take it all off (naturists tend to stay on the western end), but you’ll want to spend some time in the sun with nothing but pristine nature around you. 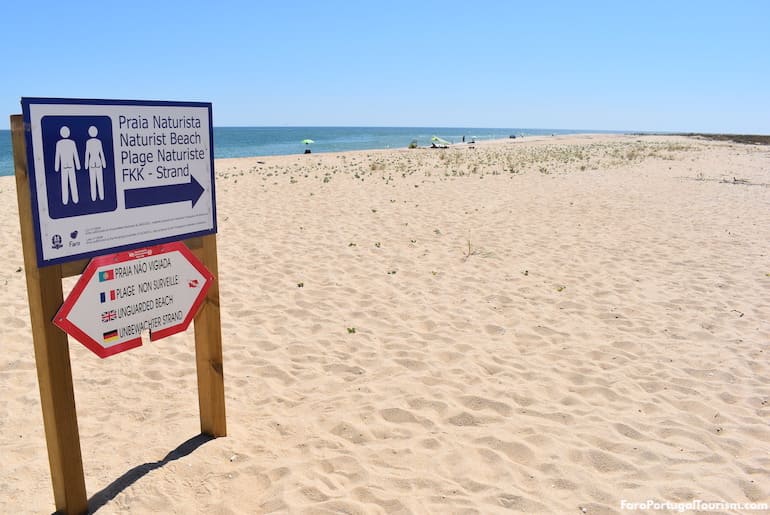 This is a beautiful and unspoiled natural paradise, and the only human constructions are sheds by the pier, a small lighthouse, and a wooden restaurant that you see when you arrive on a boat from central Faro. Open throughout the year, the restaurant runs on solar power and specializes in fresh fish and seafood. It’s the only place where you can find a bathroom on the island. 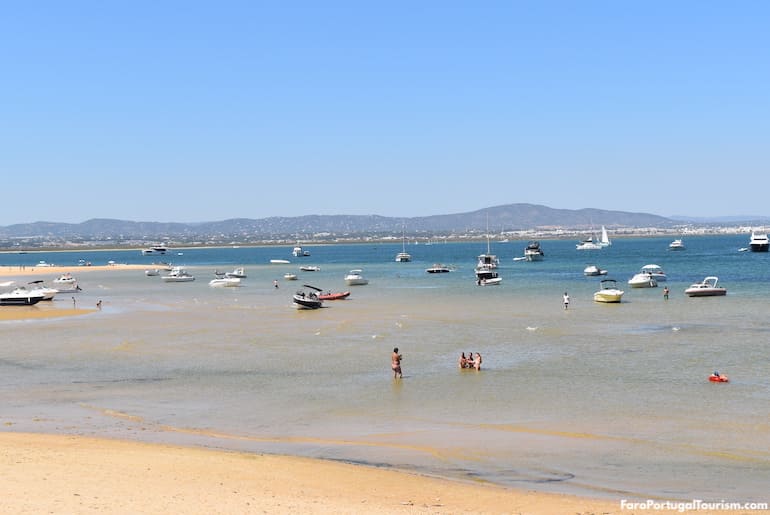 Word of mouth and frequent boats have made this a more popular destination, but it’s never crowded. In the summer, however, it does have wicker parasols and loungers for rent, as well as lifeguards on duty. That’s good news for those who like the typical beach experience, but it takes away some of the wild atmosphere that characterized it for so long. Those looking for peace and quiet can still find it away from the concessioned area. As there are no cliffs or trees, there’s no shade, so if you want to avoid the sun, you have to rent a parasol or bring your own. 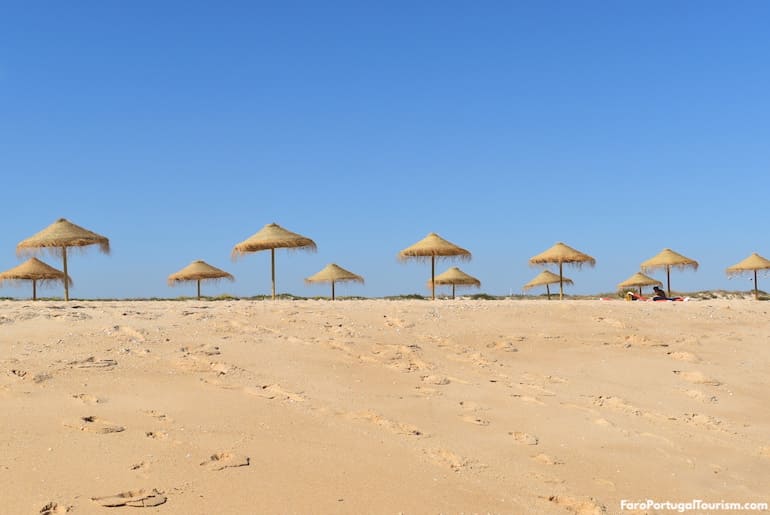 The white sand and the water are clean, giving the beach a Blue Flag certification. The water temperature tends to be a little higher than at other beaches on this coast, reaching 24 degrees Celsius (75 degrees Fahrenheit) in the summer. 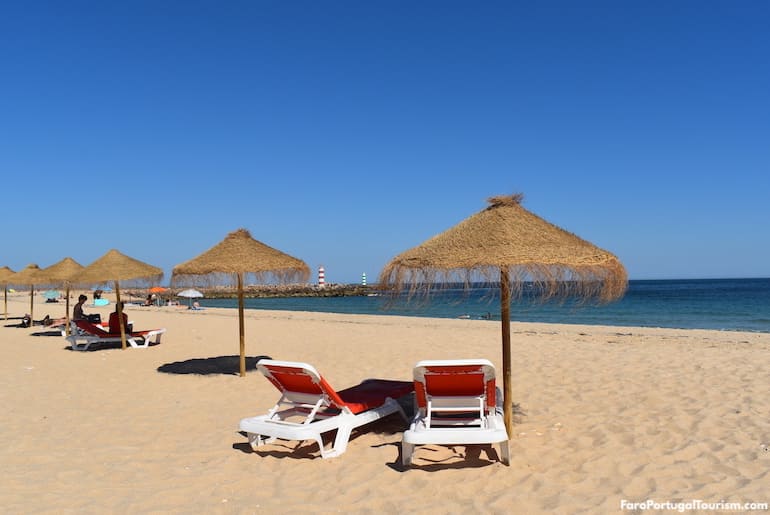 The northern side of the island, facing the city of Faro, has calmer waters, while the southern side tends to have waves. However, these waves are not big enough for surfing, and this is not a beach for water sports. The main activity, besides sunbathing and swimming, is collecting shells, which you see on the shore and in the crystal-clear water. However, tourists are discouraged from taking shells home, to preserve the island’s ecosystem. As you’ll see signs advising, take only photos and leave just your footprints. 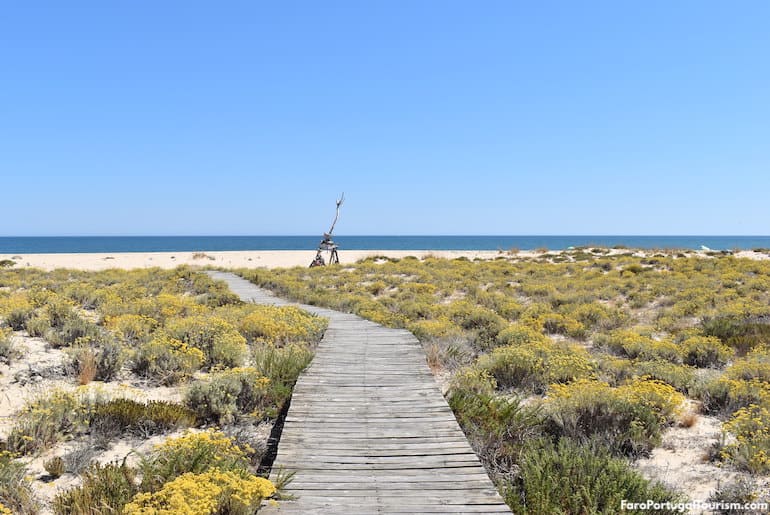 Ilha Deserta is just one of a series of barrier islands on the Ria Formosa Natural Park, considered one of the natural wonders of Portugal. It extends east from Faro to close to the Spanish border. This is the only deserted island. It also stands out for being Portugal’s southernmost point, called Cabo de Santa Maria (“Santa Maria Cape”) and marked by a wooden structure pointing in the direction of different world cities. 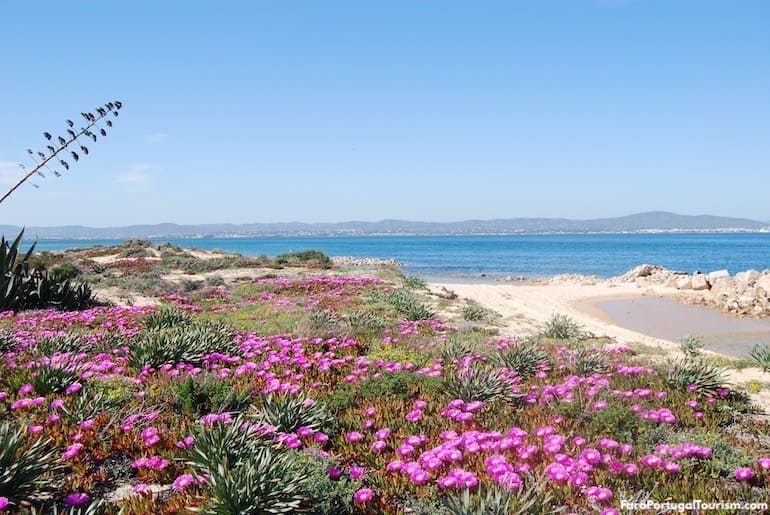 A 2km-long boardwalk over the dunes takes you around the island. You shouldn’t leave without going on a peaceful walk, breathing in the unpolluted air and admiring the views, the flora and the fauna. Even in the high season, there are places where you’re completely alone, making this one of the most relaxing destinations in Algarve. 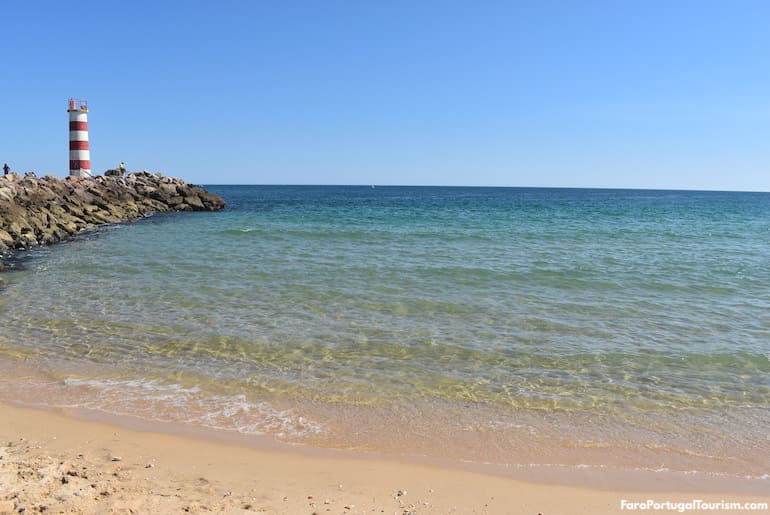 How to Get to Ilha Deserta 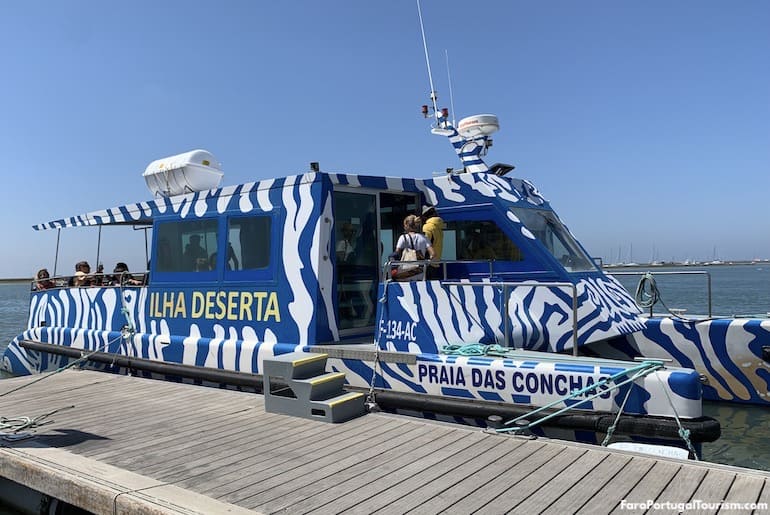 Ilha Deserta can only be reached by boat from Faro. There’s a regular ferry service and a speedboat shuttle, both departing from a pier by the Porta Nova gateway of the Old Town walls (it’s a short walk from the marina). Tickets are bought from the stands by the pier, which list the schedules -- make sure you note the time of the last boat if you plan to stay on the island for the entire day. The ferry takes about 45 minutes but is a pleasant journey, allowing you to see flamingos and other aquatic birds. It operates throughout the year, has bathrooms and capacity for 96 passengers. A 1-way ticket is 5 euros. Naturally, the speedboat is much faster, reaching the island in about 15 minutes. It costs twice as much as the ferry (10 euros, one way) but saves you 30 minutes (one hour of your day, when you add the return). The regular speedboat takes as many as 18 people. If you miss the last ferry or regular speedboat, a private boat at a higher price is your only way to get off the island until the following morning.


If you enjoyed your time at this beach, head to the neighboring island of Farol. There are boats departing from the pier in Faro and from the city of Olhão. 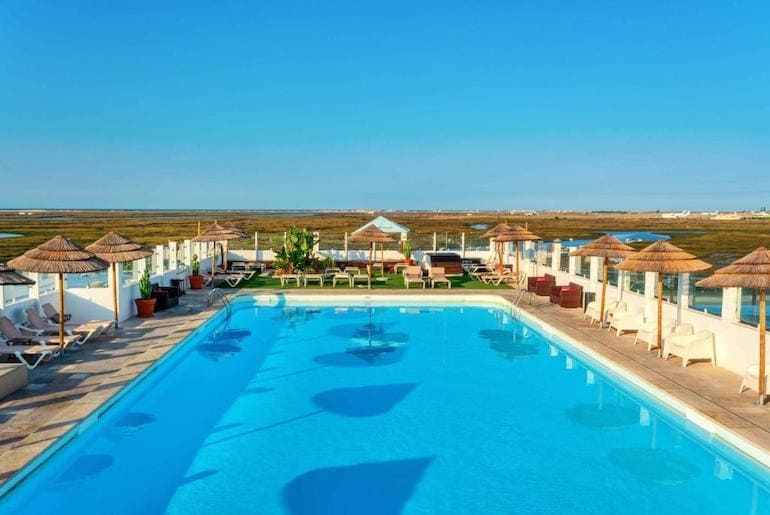 This is the hotel closest to the pier for the boats to the island. It faces the marina and has spacious rooms with balconies, some with a sea view. On the rooftop is a pool, and there’s also a panoramic restaurant and a spa. 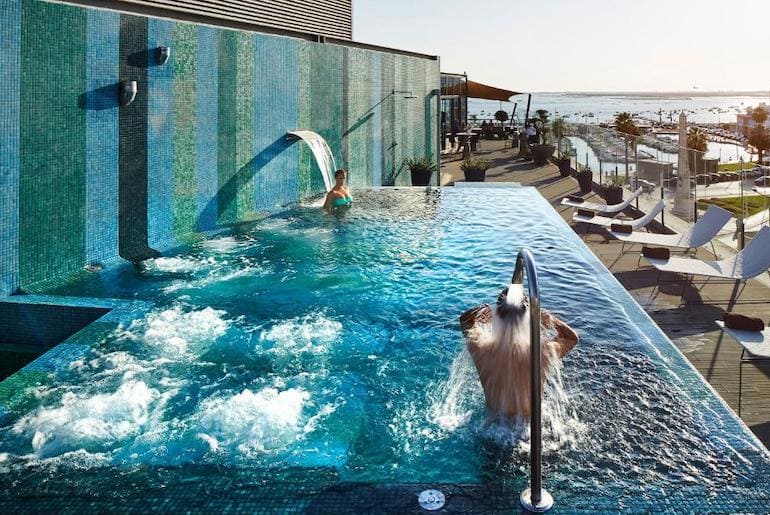 Conveniently located by the marina and just steps from the pier, this hotel also offers a boat service to Ilha Deserta in the summer. It has bright rooms with balconies, a rooftop terrace with a restaurant and a swimming pool open throughout the year, and a spa.