Visitor's guide to the cathedral in Faro 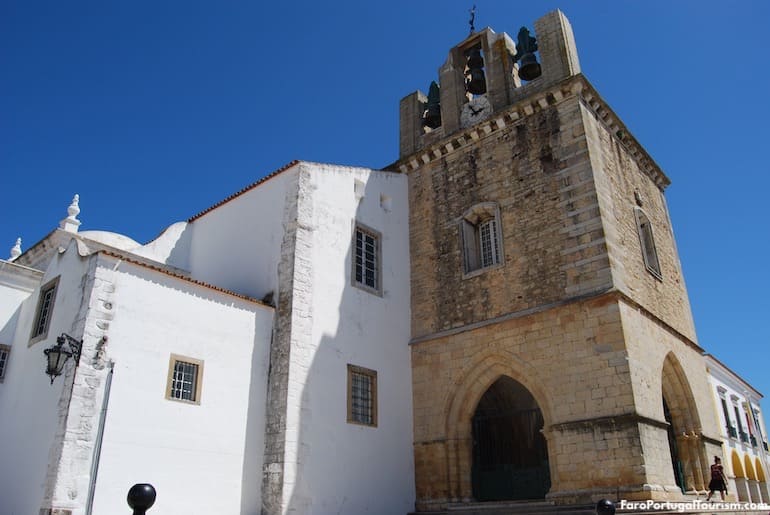 Built in 1251 where a Roman temple, a Visigothic church and then a mosque once stood, Faro’s cathedral was nearly destroyed in a major earthquake in 1755. Only part of the gothic exterior and some of the chapels survived. It was rebuilt in renaissance and baroque styles, and the interior was decorated with gilded carving and elaborate tile panels, typical of Portuguese baroque.

Today it mostly opens as a tourist attraction, but also for religious services. It includes a small museum of sacred art (statues, altarpieces, vestments, chalices, and paintings) and serves as a lookout from the terrace by the bell tower. It offers the best view over Faro, from the modern city to the islands on the Ria Formosa Natural Park, and over the Old Town. If you’re lucky, you might also be able to get a close-up look of stork nests in the bell tower. 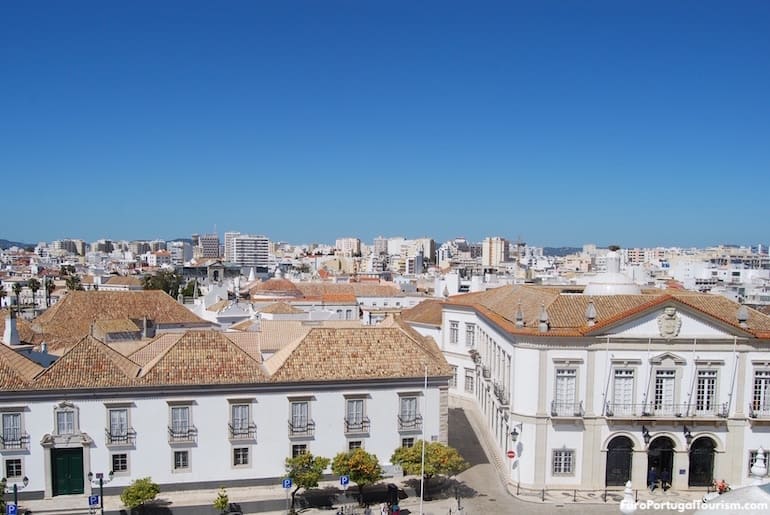 Back on ground level, and outside the main building, is a shrine built of human bones in 1664, known as Capela dos Ossos, or Bones Chapel. It’s a tiny version of a more famous bone chapel in Évora and in Faro’s Carmo Church.

The interior of the cathedral is supported by doric columns and arches added after a fire in 1596. It’s surrounded by rich chapels and has two organs -- a small one from 1640, and a large one from 1701, decorated in Asian style. The chancel was rebuilt in 1630 with a Mannerist altarpiece. 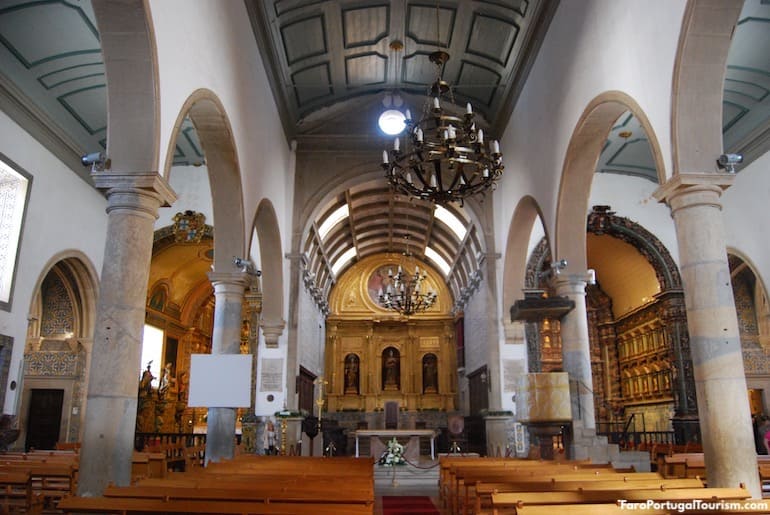 The sacristy features a beautiful 17th-century triptych showing the Life and the Passion of Christ. More art can be seen in the 17th-century Chapel of St. Michael, found outside, in the courtyard and next to the Bones Chapel.

The chapels, which deserve close attention, are: 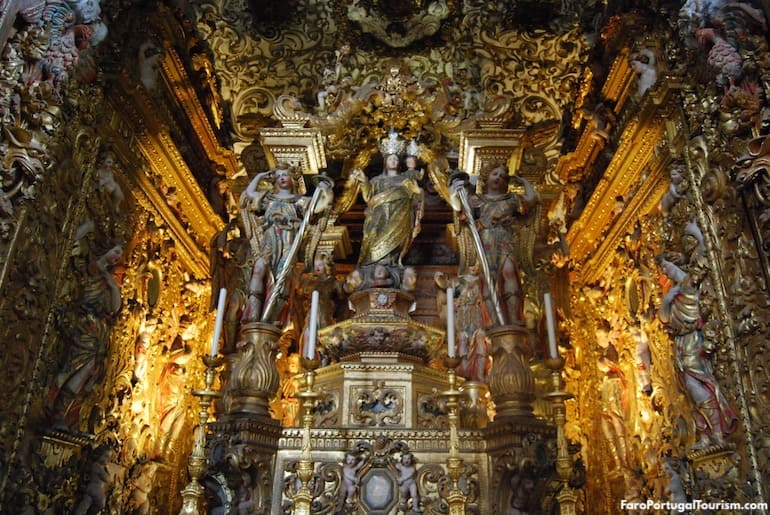 The chapel of Our Lady of Joy dates from 1752, meaning it’s a survivor of the earthquake. It’s considered a masterpiece of Portuguese Baroque in Algarve, and includes an image of the Virgin with Child from the 1600s. 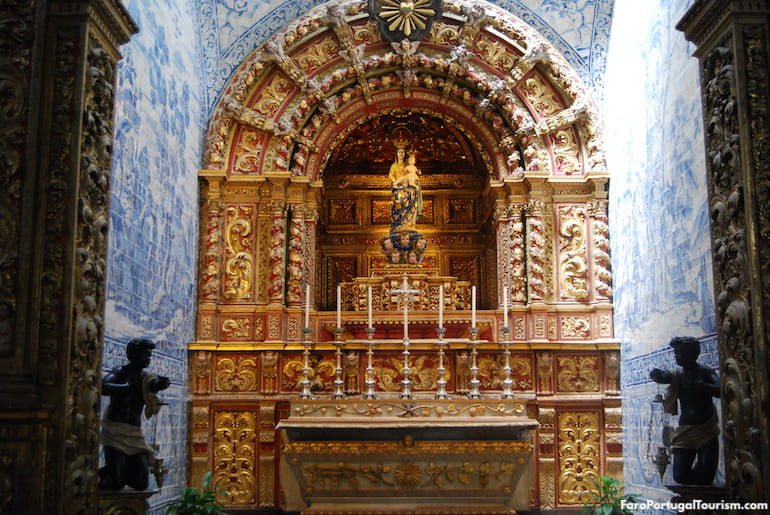 The chapel of Our Lady of the Rosary is from 1690 but features tile panels from the 18th century, created by Gabriel del Barco, a Spanish master who worked mostly in Portugal. The panels illustrate Biblical scenes, like the Flight into Egypt and 12-year-old Jesus from Luke 2:42-51. Note the statues of African boys on each side, holding candlesticks, which are unique in the country. They recall the community of Black servants in Faro from as far back as the early 1500s (visit the Slave Market in Lagos to know the origins of the African slave trade in Europe). 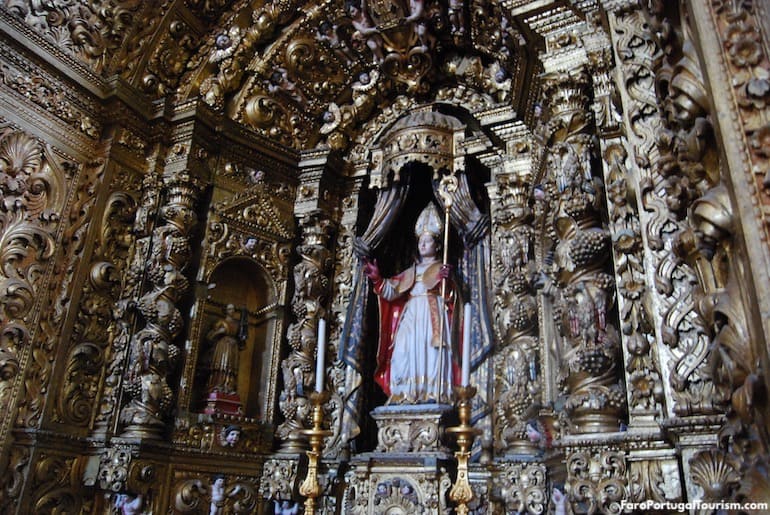 Dedicated to St. Blaise, this chapel is a fine example of Portuguese Baroque. It dates from 1750, and was created with the gold and wood brought from Brazil. A 17th-century statue of St. Blaise stands in the center. 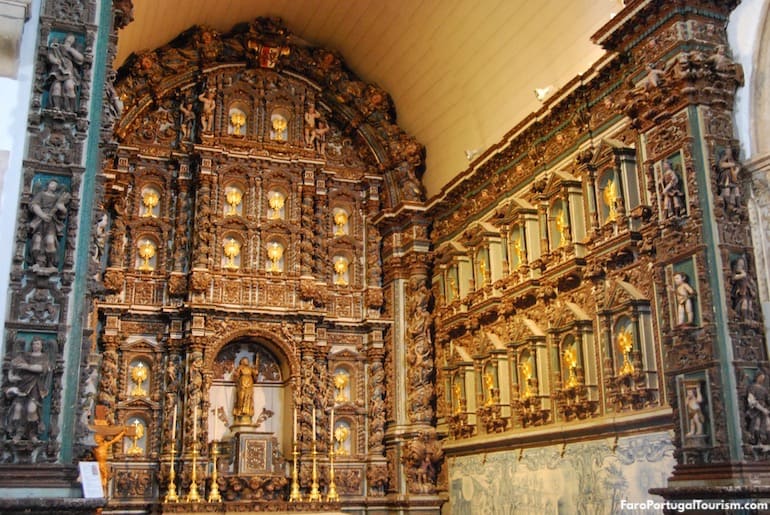 The first chapel to the right of the chancel is dedicated to St. Francis of Paola and is also known as the “relics chapel.” It was completed in 1782, featuring scenes from the life of the saint on blue-and-white tile panels. The different niches hold a number of relics. 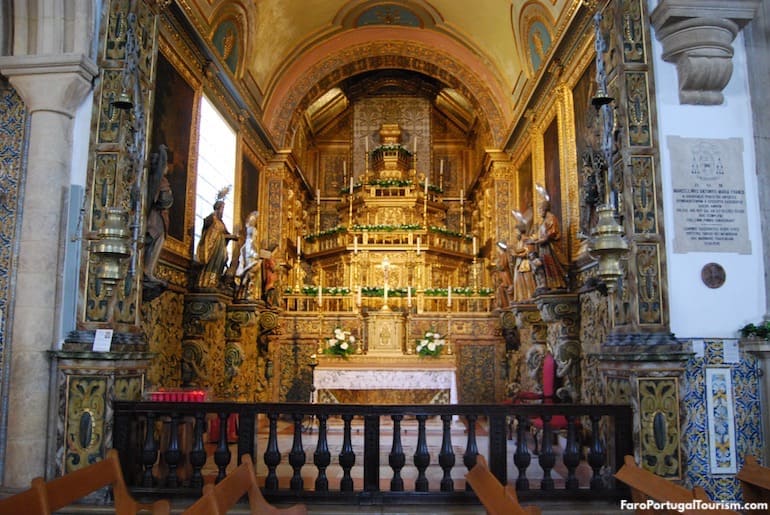 The chapel of the Blessed Sacrament is from 1673 and mixes the mannerism and early baroque styles. It’s one of the most remarkable chapels of the cathedral, richly decorated in gold and with statues of the four Evangelists and 17th-century paintings. It’s in nearly-perfect condition, after restorations in 1886 and 1950. 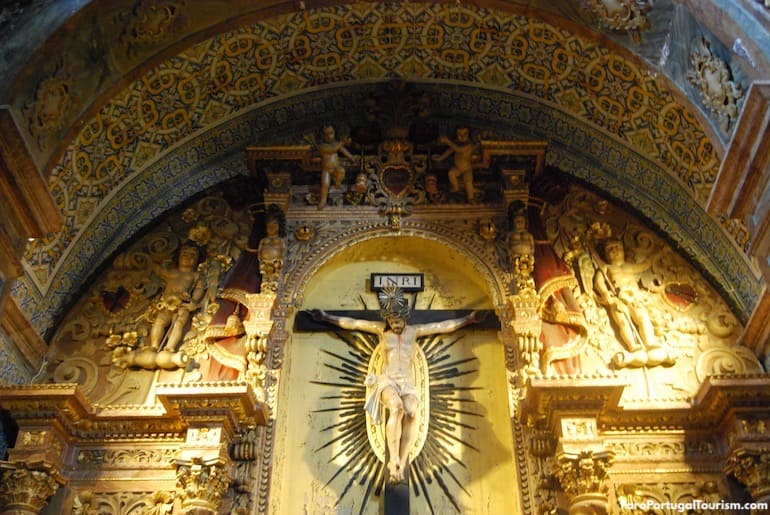 The chapel of Lord Jesus of the Poor features renaissance marble architecture and gilded carvings from 1756, one year after the Great Earthquake. It shows Christ on the cross surrounded by cherubs, and below it is an image of Our Lady of Fatima, added in 1929. 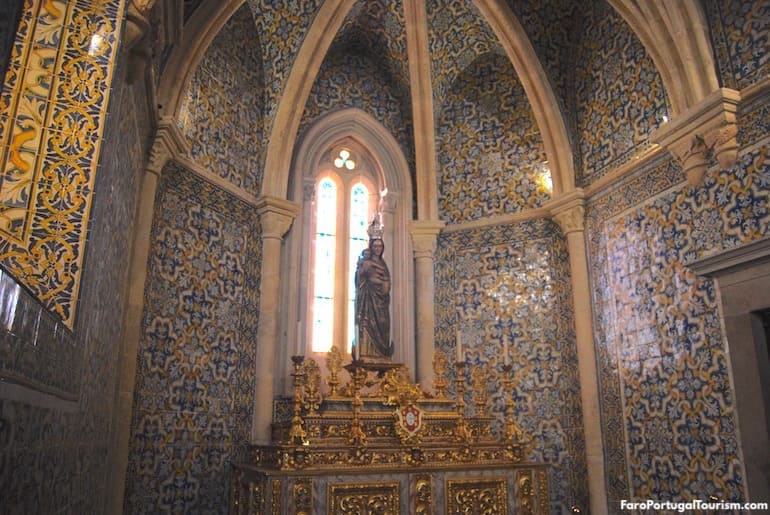 One of the cathedral’s first chapels, this one in gothic style dates from the 13th and 14th centuries. It’s dedicated to Our Lady of the Conception, and features an image of the Virgin from the 1400s. It preserves the original gothic vault, but also has patterned tiles from the 17th century. 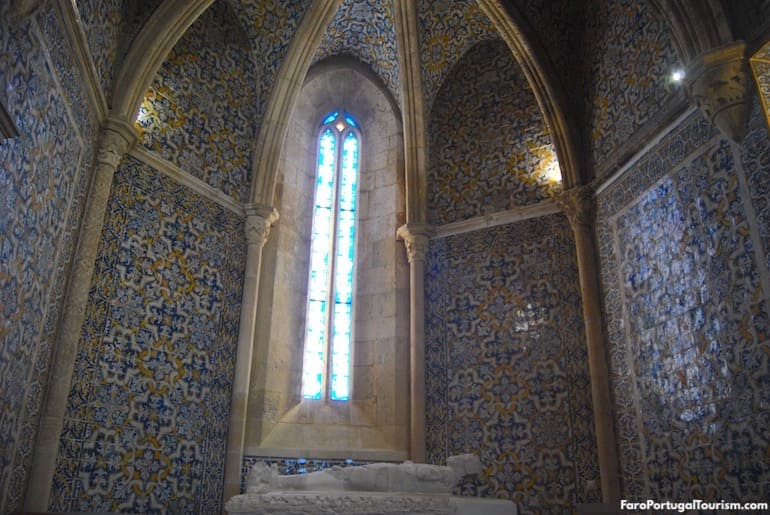 A second gothic chapel from the 13th and 14th centuries is dedicated to St. Dominic. It includes a 15th-century tomb of a nobleman and the walls are covered with 17th-century tiles with geometric patterns.

How to Get to Faro Cathedral

Faro Cathedral is on Largo da Sé (Cathedral Square), the heart of the walled Old Town, which is best accessed through the gateway known as Arco da Vila.

Tickets to Faro Cathedral are €3.50 and are sold at the entrance. It opens on weekdays from 10am to 6:30pm (6pm in the months of December and January), and on Saturdays from 9:30am to 1pm. It’s closed on Sundays.