Visitor's guide to the rococo palace in Estoi and its gardens 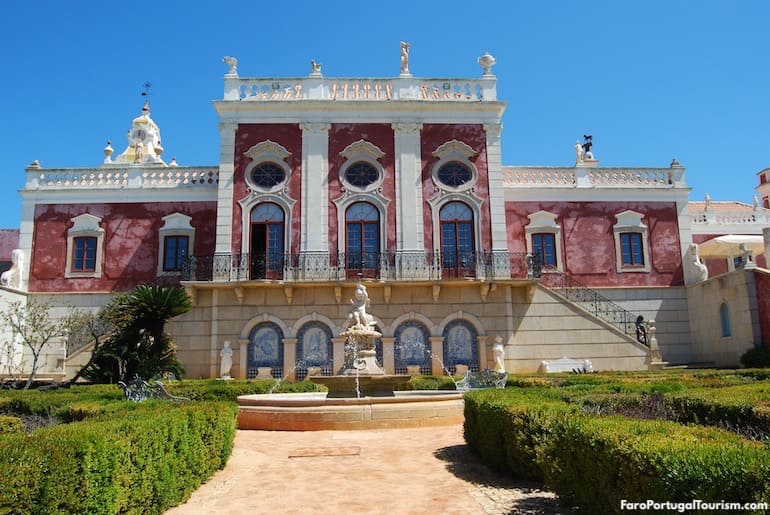 When visiting the Roman ruins in Estoi, don’t miss the village’s other great attraction -- a pink palace with romantic gardens. Estoi Palace dates back to 1782, but the current building is mostly from the 19th century and the last additions were completed in 1909. It had different private owners, until it was sold to the city of Faro in 1988. It was left abandoned for many years, until a massive restoration and the construction of an annex to turn it into the luxury hotel it is today. 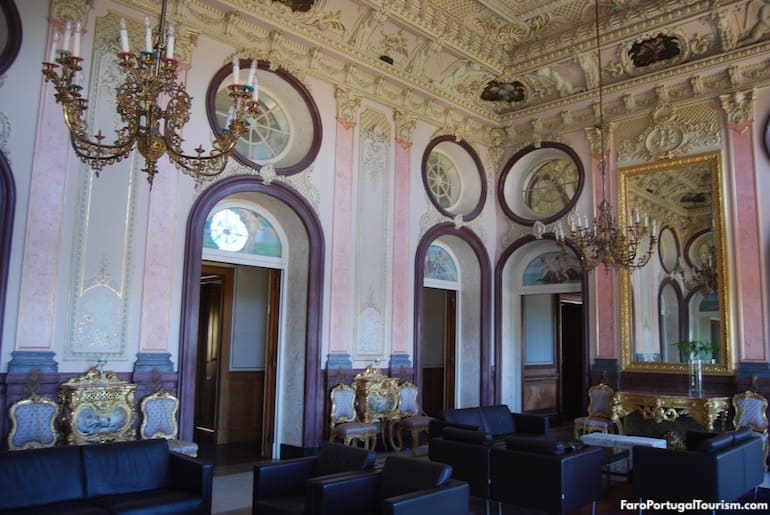 The different owners embellished it with the decorative and architectural styles of each period, so it combines the baroque, the rococo, the neoclassical, the romantic and the art nouveau. However, it’s the rococo that most stands out, as the main building had the same architect of Queluz Palace outside Lisbon. 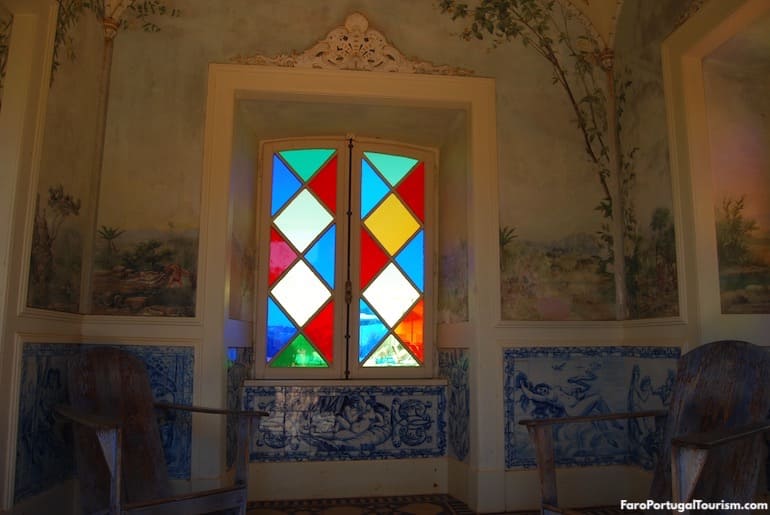 The great halls, accessed through the hotel’s reception, as well as the gardens and the restaurant, are open to visitors (for free). However, for a much more memorable experience (and to access the outdoor swimming pool!), you might want to stay overnight, if you’re willing to splurge (check rates and availability here: Pousada Palácio de Estoi) 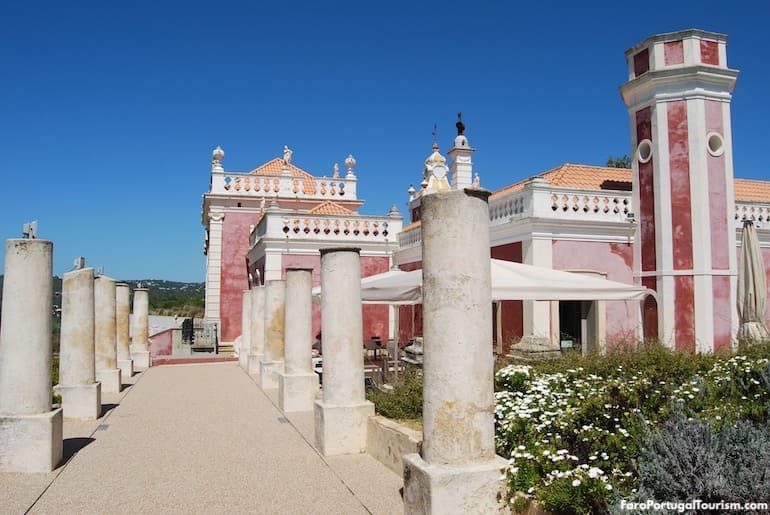 The magnificent rooms open to the public are decorated with frescoes, stucco ceilings, and gilded furnishings. From there you access the café and the gardens. This is a great place to relax after visiting the Roman ruins nearby and before heading back to Faro.

The gardens are dotted with palms and orange trees, fountains, sculptures, and tile panels from the 1800s, depicting mythological figures. Here too, you’ll see inspiration from Queluz Palace, whose gardens and architecture were inspired by one of the world’s greatest palaces, France’s Versailles.

How to Get to Estoi Palace

There’s a bus from Faro to Estoi, departing at irregular intervals from the bus station (only a handful of times on weekdays and three times on weekends). It’s number 65, operated by the Vamus company, which has the town of São Brás de Alportel as its final destination, but stops in Estoi in 25 minutes. The bus stop in Estoi is right in the center, by the road that leads to the Roman ruins and a short walk (about 8 minutes) from the palace. When departing from Faro, bus tickets must be bought at the station’s ticket office. For your return, you may buy them from the driver. If you’re driving, you reach Estoi in about 15 minutes from Faro, heading north on road N2. Alternatively, take a taxi or Uber, which should cost between 12 and 15 euros. There are no trains to Estoi.

In addition to the palace and the Roman ruins, Estoi has a pretty church that’s worth a visit (if you find it open). Originally built in the 15th century, it was restored after an earthquake in 1755. All of the wood you see inside came from old boats. The village itself is an enjoyable place to wander around, looking very much like a typical southern Portuguese town before tourism, with quiet streets and a relaxing atmosphere.