Visitor's guide to the ruins of the Roman villa of Milreu in Estoi, by Faro 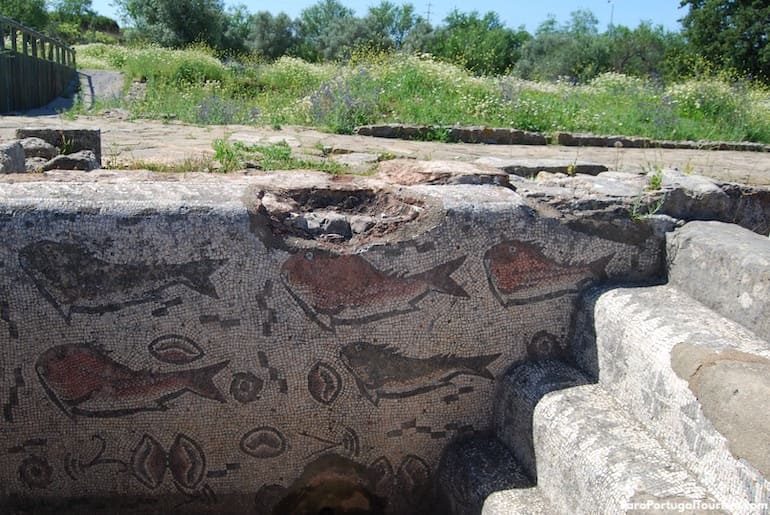 A grand Roman villa was discovered about 10 kilometers (6 miles) north of Faro, in the quiet village of Estoi, in 1877. Decades of archaeological digs and studies revealed how the Romans lived, and their art can be seen in a tiny museum. 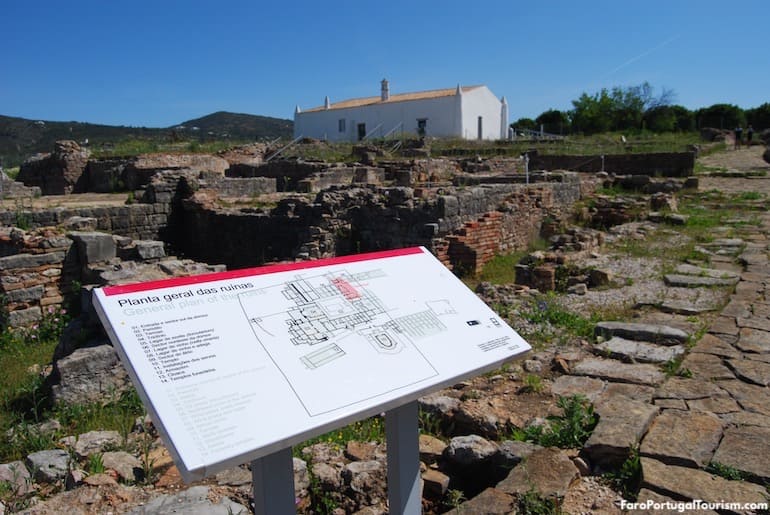 In addition to the museum and the villa, the site includes a small temple and well-preserved mosaics. Everything dates from the 1st century AD, when Portugal was the Roman province of Lusitania. This was a wealthy community until the 10th century, and closely linked to Ossonoba, which is the Roman name of Faro. 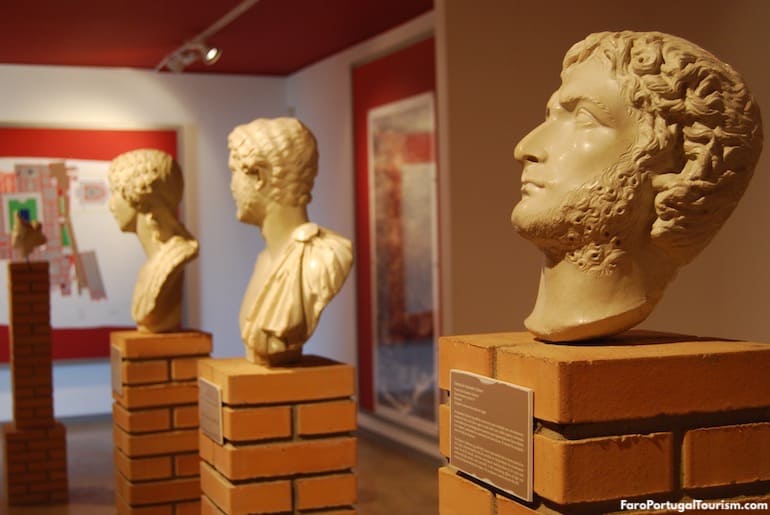 The wealth is reflected in the use of marble, in the gallery of columns, in the large baths with mosaics illustrating fish, and on the number of busts of Roman emperors and their relatives (like Agrippina from the 1st century AD, Hadrian from the 2nd century, and Gallienus from the 3rd) found in the villa. 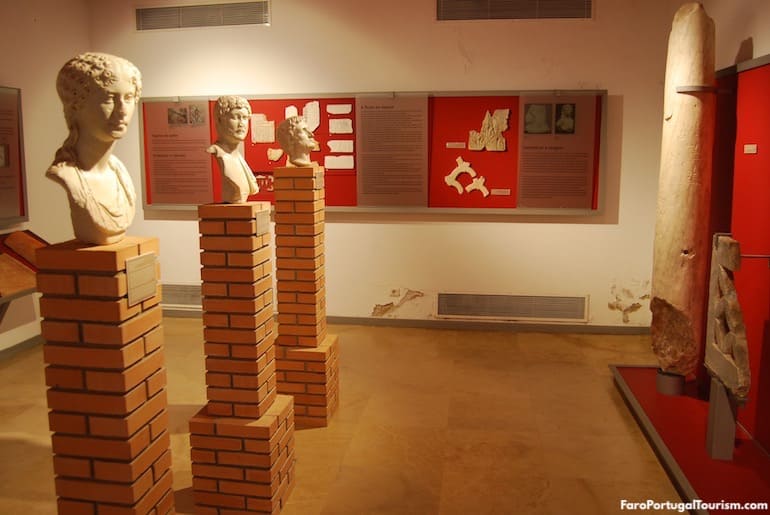 The temple dates from the 4th century AD and was devoted to the cult of water. It’s believed that it was used as a site of worship over the following centuries, including as a Christian church in the 6th century, and then as a mosque after the Moorish occupation in the 8th century. It collapsed in the 10th century and is in ruins, but you can see what it originally looked like through a model in the site’s museum. 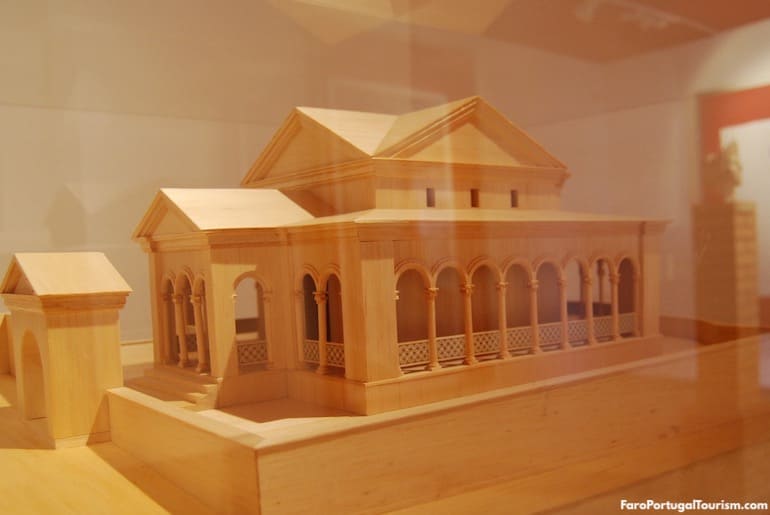 The museum also explains the history and architecture of the buildings, and how it was all discovered and preserved, and displays a number of replicas of the emperors’ busts. The original busts are in Faro’s Municipal Museum, so if you visit Milreu, don’t miss the museum in Faro.

There is just one complete building -- a rural house, painted in white, dating back to the 15th century. It was built over Roman structures, and you can still see a barn and part of the grape-crushing tanks in the wine production area, as well as mosaic floors.

How to Get to the Roman Ruins of Milreu

Bus number 65, operated by the Vamus company, departs from Faro’s bus station five times a day on weekdays and just three times (all in the afternoon) on weekends, at irregular intervals (make sure you confirm the times at the station for your return) and stops in Estoi in 25 minutes (the final destination is São Brás de Alportel). The stop in Estoi is right in the center of the village, and then you just have to walk for about 12 minutes down Rua de Faro. When departing from Faro, you must buy your bus ticket at the ticket office at the station. You may buy it from the driver on your return. If you’re driving, head north from Faro on road N2. You reach Estoi in about 15 minutes and there’s limited parking at the entrance to the ruins. Going by taxi or Uber should cost you between 12 and 15 euros. There are no trains to Estoi.

Admission to the Roman Ruins of Milreu

Tickets to the Roman ruins and museum are €2, and are bought at the ticket office at the entrance to the site. It’s closed on Mondays.

After visiting the Roman ruins, walk or drive back down Rua de Faro to the center of Estoi and visit the beautiful Estoi Palace. It’s now a hotel but welcomes visitors to its romantic gardens and rococo halls. It’s also a good place to eat or drink, and you might even want to stay overnight.